Joachim – The Brass Band vs The Masked Bird 1/1 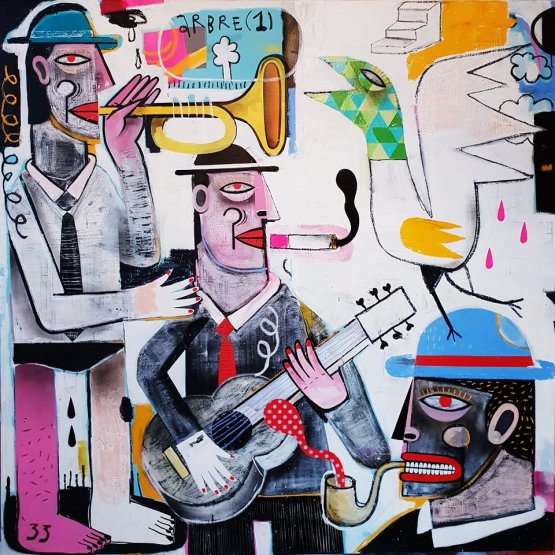 Joachim – The Brass Band vs The Masked Bird 1/1

Description: Signed on verso, accompanied with a Certificate of Authenticity

Music has always been vital to Joachim. Much of his inspiration comes
from music and lyrics. When he was about 16-17 years old, he played
the drums himself and was part of a garage rock band called ‘Mexican
Seafood’. Joachim claims that he often dreams that he is playing
music in large concert halls. Music is, therefore, a recurring theme
in Joachim’s work. He often adds words to his paintings from songs
he listens to when he is working. The term ‘Arbre’ (or tree) that is
present at the top of the artwork refers to the music band ‘Dans Les
Arbres’ (an experimental music group consisting of one Frenchman
and three Norwegians). That is why four characters are depicted in
this painting. The fourth character was later erased after Joachim
became influenced by his daughter’s drawing of a bird with a mask.
Joachim found this drawing so inspirational that he decided to paint 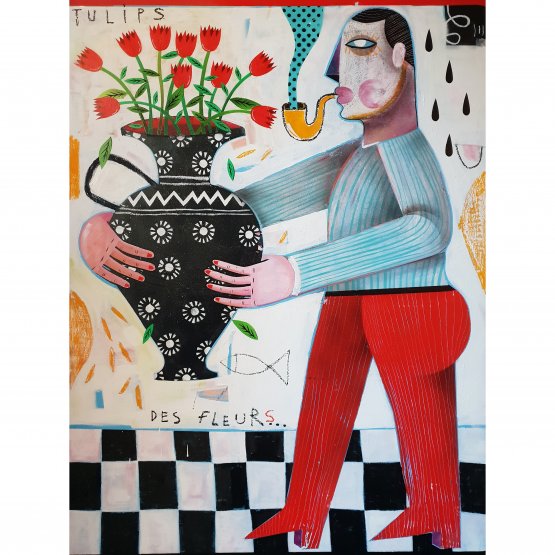 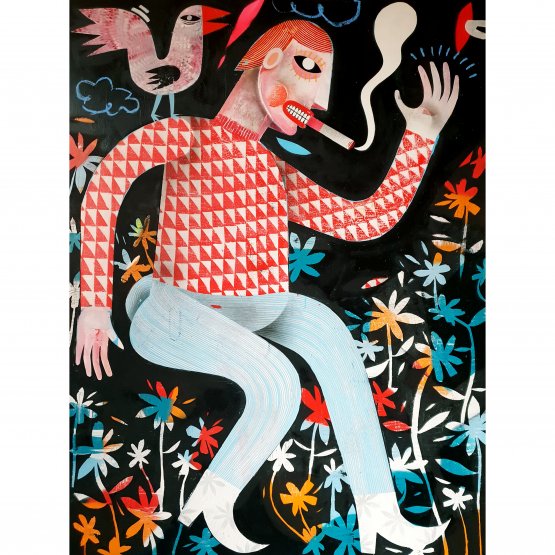 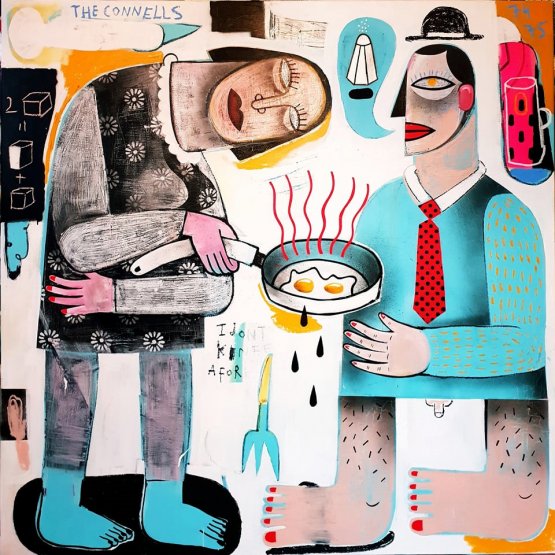 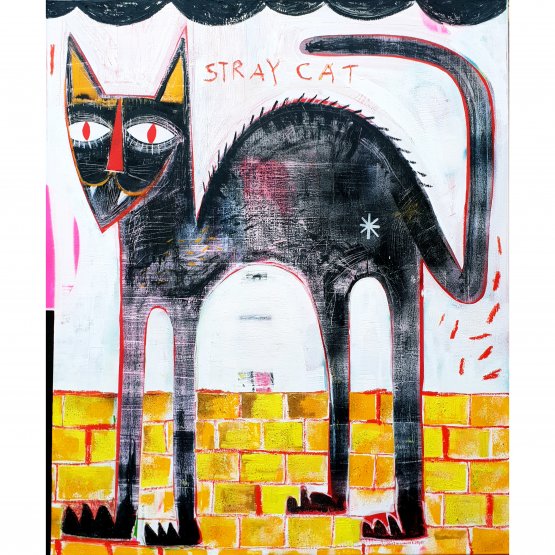 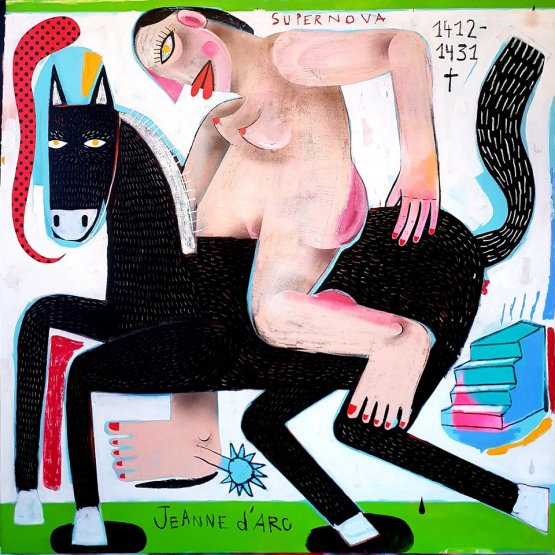 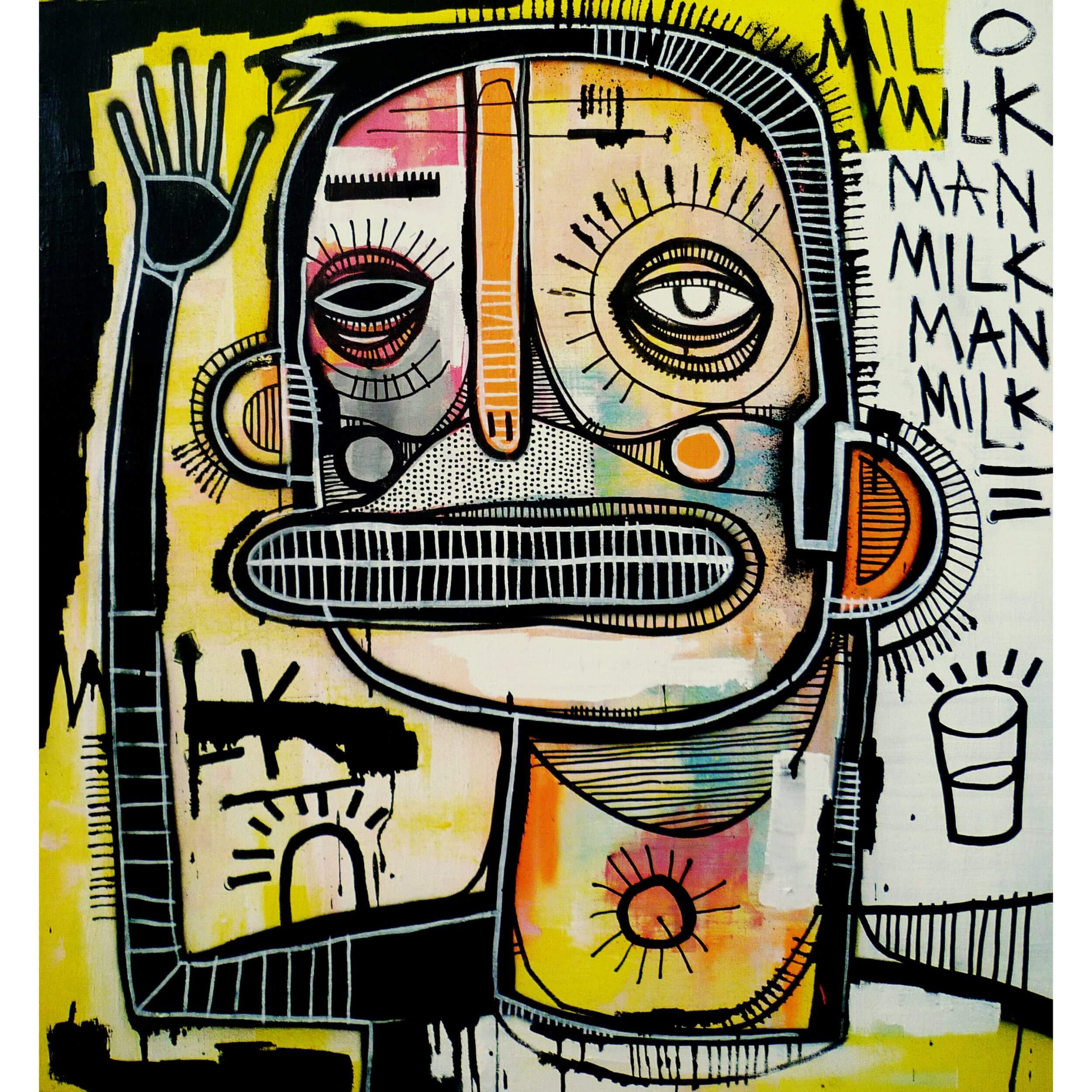